As an author and impulse generator for cultural change, Vivian Dittmar has been committed to the holistic development of people, society, business and consciousness for two decades.

“My childhood and youth on three continents sensitized me early on to the global challenges of our time, and these continue to drive me today to find and implement holistic solutions. Already as a child, I was particularly impressed by the great gap between the obvious material wealth in Europe and later the U.S.A., which, however, was a stark contrast to the inner state of the people. Conversely, I experienced people in Asia who had little materially and were rich in a different, elusive way. The mystery of this experience occupied me for many years. The insights I drew from it continue to shape my work today.”

What was your career path like?
“Through early childhood experiences in a Balinese village, I had an inkling as a young girl that what I wanted to learn could not be learned in the universities of rich industrialized nations. Therefore, after completing my international baccalaureate in 1995 in the U.S., I took a rather unconventional path. I spent formative teaching and development years in India and Indonesia, traveled to Central and South America, and finally returned to Europe in 2003 to contribute to a change in consciousness here.”

Where do you gain your insights?
“My years of teaching confirmed what I had already suspected as a child: different cultures have different ways of gaining knowledge. I value the scientific method that has made our culture so successful, and to this day I continue to read into ever new fields of knowledge with great interest. At the same time, I know that there are other approaches to knowledge that have become more and more reliably accessible to me through decades of intensive introspection and training. In my opinion, this form of knowledge or wisdom is of paramount importance for dealing effectively with the current crises in our society. Therefore, it is still my concern to accompany other people in training this access within themselves. This transrational approach to knowledge is also the actual source of my books, seminars, lectures and projects. It is supplemented by ever new insights that come to me through my own experiences and through accompanying people.”

How are you involved in social change?
“With the founding of the Be the Change Foundation for Cultural Change in 2009, the development of society as a whole increasingly became the focus of my work. The goal of the foundation’s work is to introduce a new definition of prosperity into the sustainability debate, which is still far too dominated by thinking in terms of renunciation. This is done on the one hand through educational offerings, and on the other hand through implementation-oriented projects. From 2011 to 2020, as a consultant at the Terra Institute, I accompanied companies in transformation processes toward a sustainable economy, gaining valuable insights into those mechanisms that enable or hinder systemic change.”

How and when did your books come about?
“In December 2007, my first book was published: Feelings & Emotions – A User’s Manual. I had chosen this topic because at that time I perceived the biggest deficit in our society when it came to the topic of feelings. From 2014 onwards, I devoted more time to writing, so that a new book appeared every year until 2019: Kleine Gefühlskunde für Eltern (2014), Beziehungsweise – Beziehung kann man lernen (2015), Sacred Sex – Das intime Gebet (2016), Gefühle@work (2017), Der emotionale Rucksack (2018) and Das innere Navi (2019). In March 2021, Echter Wohlstand – Ein Plädoyer für neue Werte will be published. In it, I formulate the founding impulse of the Be the Change Foundation in book form for the first time and want to reinforce a longing in people’s hearts: the longing for a truly good life for all.” 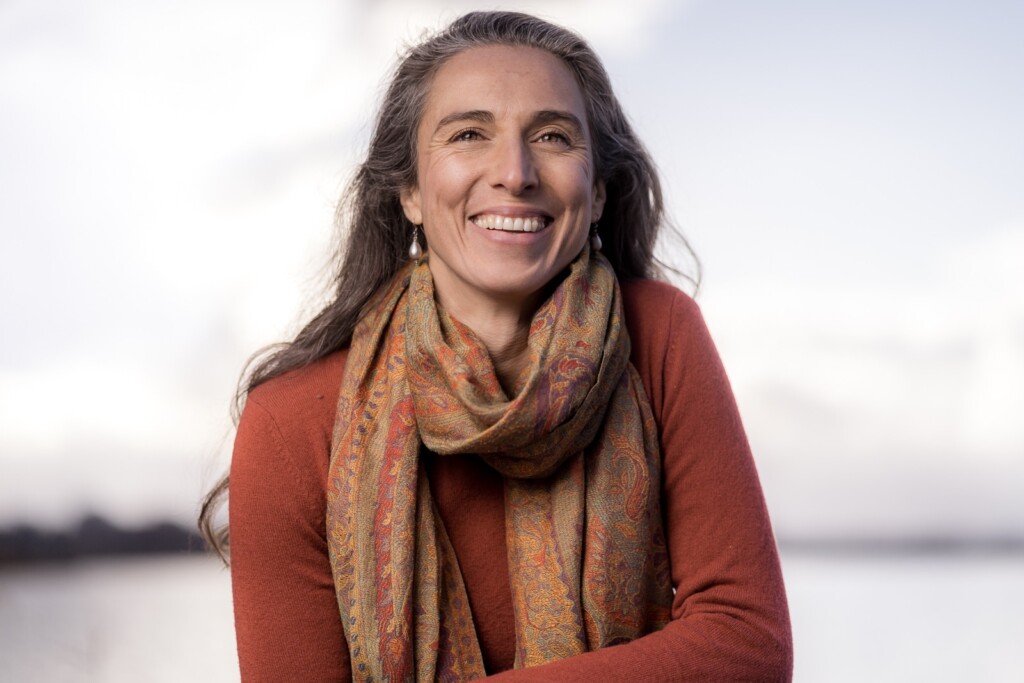 What’s on your mind today?
“My heart beats for change. Since inner and outer change are mutually dependent, I consider personal and collective consciousness development as a prerequisite for the urgently needed system corrections towards a sustainable way of life. Here I am a cartographer, storyteller, researcher, companion and impulse giver. I listen anew every moment to what my contribution is now and practice inner obedience to follow these impulses.”

Vivian is a mother of two sons and lives with her family in southern Germany.
Menu